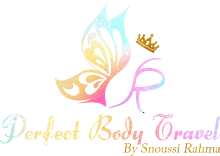 Obesity surgery through gastric band is dedicated for patients who have had an excess of corporal fat for more than 5 years and who have used and maltreated all types of diets in vain.

The compartmentalization of the stomach allows patients to try all dishes in small quantities.

That’s the principle of the quantitative food restriction with no real frustration. Equivalent to an hypocaloric diet without the “yoyo” phenomenon.

Typical candidates for this surgery are patients:

Objective of the gastric band

The adjustable gastric band is a type of bariatric surgery in which we place a bandage that tightens the stomach, the operation consists in reducing the size of the stomach and contributes in decreasing food consumption and to lose up to 40% of weight.

This surgery is quick, the period of hospitalization is shortened and the recovery is less painful than other bariatric surgeries for weight loss.

Generally, this surgery is indicated for individuals with a BMI above 40 or those with a BMI above 35 and with an associated disease, such as high blood pressure or diabetes type 2, for example.

How is the gastric band surgery realised?

The gastric band operation for weight loss is a surgery carried out under general anesthesia.

The operation lasts on average from 35 minutes to one hour, and the person can stay in the hospital for 1 to 3 days.

Placing the adjustable gastric band for weight loss is done by laparoscopy, a procedure which requires to make holes in the abdominal area of the patient so that the equipments that will help the doctor carry out the surgery pass.

This stomach surgery consists in:

Placing a silicone band shaped like a ring around the upper part of the stomach and dividing it into two parts of different sizes, leaving the belly in the form of an hourglass.

The connection of the strap to a device is made through a silicone tube which is put in place subcutaneous and allows the adjustment of the gastric band at any time.

The surgeon follows every step of the surgery through a computer screen, a micro camera being inserted in the stomach and the surgery is realised by   Laparoscopic video.

Advantages of the gastric band for weight loss

The placement of the gastric band presents several advantages for patients, such as:

Helps to lose up to 40% of the initial weight, being generally the type of  bariatric surgery which helps to lose weight the most.

For example, a person who weights 150kg can lose until 60kg;

Possibility of controlling the integrated food quantity, because the band inflated or deflated at any moment without the need for new operations.

Quick recovery, as it is a minimally invasive surgery, because there are no cuts in the stomach, less painful compared to other surgeries.

A deficiency in vitamins does not occur, in contrary to what could happen in other surgical interventions, as the gastric bypass surgery, for example.

In relation with other weight loss surgeries, the gastric band presents multiple advantages. However, it is important that the patient, after the surgery, adopts a healthy lifestyle, eats healthily and exercises regularly.